Kagbeni appears over the ledge of a hillside vista like a fantasy village dreamt up by C.S. Lewis.  Perched on a small isthmus in the valley, its glistening green fields glow against the drab colors of the rocky plateau.  It’s an oasis in the middle of a veritable desert.  Teetering on the edge of a cliff below the harsh white peaks of the world’s largest mountains, Kagbeni is the end of the road – the final frontier of sorts.

No foreigner is admitted past the borders of this remote town.  Beyond, lies the world’s last “Forbidden Kingdom.” 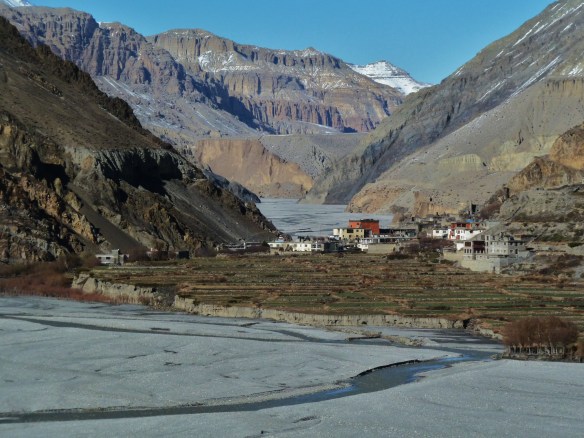 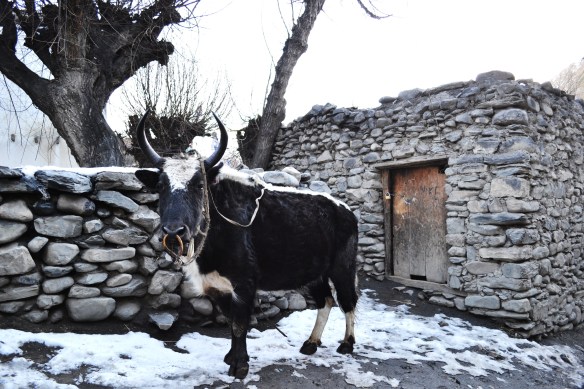 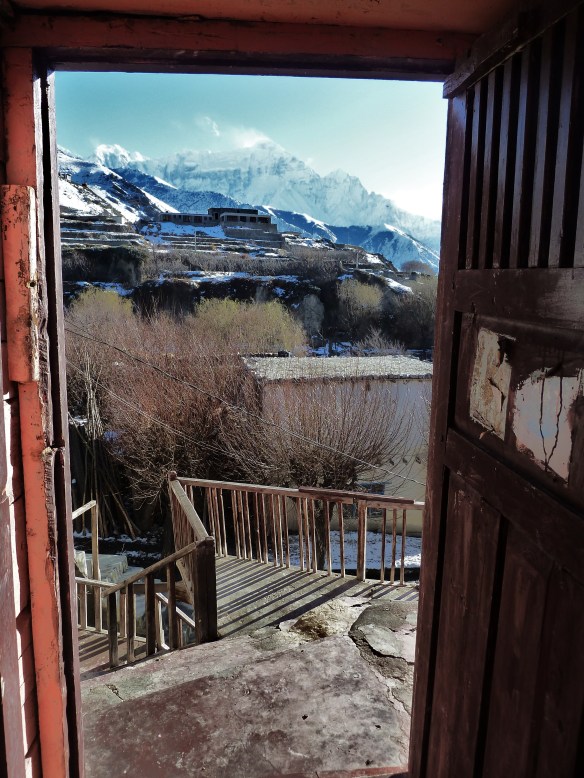 On the way into town, a man sells fossils found amidst the rubble of the Himalayas’ greatest rift.  Above him, a sign warns foreigners from venturing past Kagbeni.  The fine for entering upper Mustang (the “Forbidden Kingdom”): $500 USD per day.

The streets of Kagbeni are lined with Tibetan prayer wheels.  Devotees spend their free moments marching through the town, spinning wheels as they mutter chants.  The sky above is peppered with the bold-colored prayer flags that wave in the wind until they’ve disintegrated back into the breeze.

The walled-in town feels medieval.  Ancient.  Like a time warp to another era. 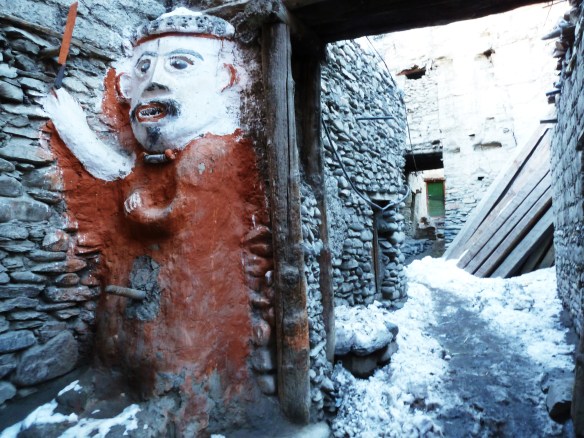 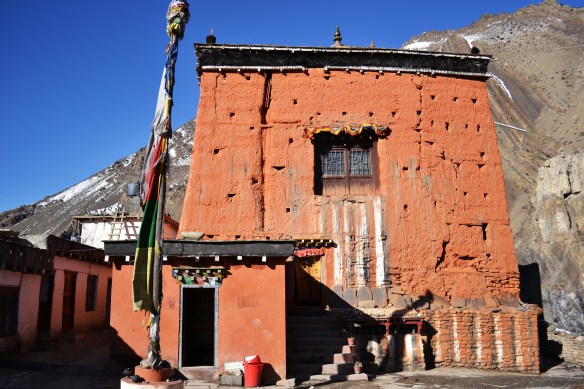 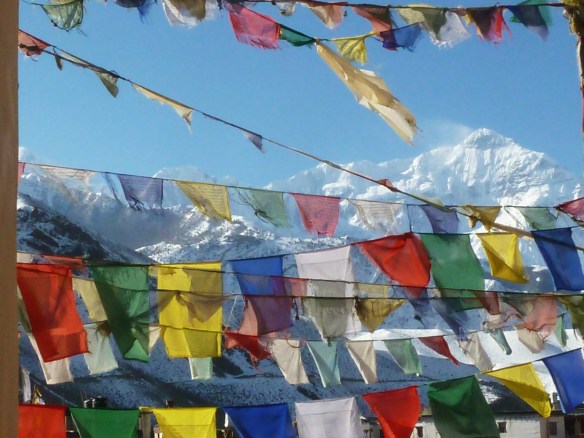 Life here is methodical.  It’s ritualistic.  It’s hard.  The winter is long and there are no Western comforts to make it more bearable.  Kids play in the brisk cobblestone streets until their rosy cheeks turn so red, you’d swear they’d burst.  Women walk in sandals with no socks until their feet stiffen into solid blocks.

Drunks and beggars prey on the piety of generous Llamaists and wandering pilgrims.

In the afternoon, women sit on their roofs to take in the heat of the sun and avoid the walloping winds that race through the deep valley walls of the Kali Gandaki.

But, it’s the sounds of sunset that are unforgettable.

As the blazing sun cuts its path through the Himalayan Range, the delicate drone of devout Llamaists echoes throughout the valley.  A dreamlike warmth blankets the frosty town in this violet hour and magic feels very real.

1 thought on “Quickpost: Kagbeni – The End of the Road”